Do I swear ‘yes’ am I proud of it ‘no’. While bitch is not a swear word in and of itself. It’s certainly not a word that I use in day to day conversation. I would probably never use it at all with one exception.

A few years back I wanted help with moving my voice over business forward. I contacted a local service which is designed to help people start companies and also help established companies function better. In the meeting with them they were thinking of other businesses that I could align with. One of them who I contacted got back to me after listening to my demos.

The beginnings of on Stage Acting

They wanted me to read in round table director cut of a comic book fan movie they were producing and wanted local actors to flush out the script. I arrived and sat down and around me were people I had never met before. As I usually do I started to talk with them to make myself more comfortable. These were nice people and low behold actors. The round table read was fine but I was more interested in where these actors acted and how could I get in on the act.

I had always wanted to be on stage after acting on screen a couple of times I wanted to experience it and also refine my voice over acting. It was through this group of actors whom I am grateful to call friends that I was introduced to The Acting Community of Belleville Ontario and area.

On to the Bitch part…

Darren one of my friends who I met at the round table read asked me to come out to an audition for One Flew Over The Cuckoo’s Nest. I thought what the hell, however the night before I was up on a source connect call with a banking institution in Dubai. I had stayed up and was not in top form as I read for the audition. To my surprise I was selected to play Dale Harding. The intellect and somewhat effeminate leader of the looneys before McMurphy arrives on the scene. Darren played McMurphy.

The play run was in March 2017 and it was now November 2016. The rehearsals were great but I was learning this was no longer Pete behind the mic this was a collaboration. Learning from other actors how to play off them. Know where to stand how to move, transform yourself into the character you are portraying and do it alongside others doing the same. It took me along time to feel comfortable enough to bring me to the character and own the stage.

That happen maybe 3 weeks before the show. During a particular rehearsal I was feeling good I was about to bring it. Yet I held back one more time and funny enough others felt that I had not brought it either. It is OK to be called out. As uncomfortable as it may be it really locks you in to what you are doing and that you can’t not bring it. As mortified as the director and fellow actors were that I got called out I actually needed it as it broke the ice covering me at last. I am forever grateful to the person who called me out. You will never know what that actually did for me.

The Bitch, The Bitch, The Bitch is a line that Harding says in a moment of breaking down. It was the line for me that galvanized Harding for me. Instead of saying it softly I and Harding to be more precise was in pain. Harding let it out and I felt it in my core. It was real to me and to the audience. Pete had arrived.

The run in March was to me the closest thing to being back playing baseball and the camaraderie of the players. I learned about myself and that has had a profound impact on my voice over performances. I am indebted to my friends (my tribe). For allowing me to explore who I am and bringing this to light on stage. It was an unforgettable experience for me.

I have done 2 other plays since. ‘The Exception’ a one act play which I played a 40 year old man recounting the time when he was 7 being abducted by his father. I played both the 40 year old and the 7 year old. While another actor played my father. The majority of the lines in the 20 minute play where mine. It forced me again to examine myself and push my boundaries.

The next play I did was for the Belleville Theater Guild and I was asked to fill in for an actor who had left the play. The play was Our Town and I played Editor Webb. Again I delved into the script and learned who Editor Webb was. I then established me in Editor Webb and in there draws the play for me. How much of me is to be portrayed if any at all?

When I voice a project be it big or small I tend to lose myself in it. When the writing is crisp the transformation to storyteller or character appears without much of a thought. On stage in the rehearsal process and right through the play run there is an evolution of the character. That to me is so much fun and it requires dedication.

The Time I said B*t*h multiple times was the tipping point of my success in voice overs. It allowed me to know me get me out of my comfort zone and once and for all ACT. 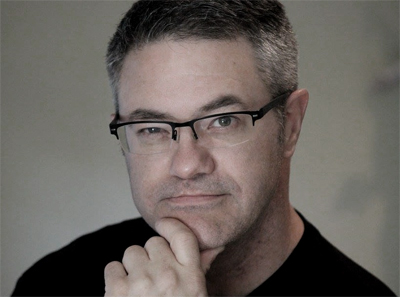